According to the 2016 KPMG Competitive Alternatives Report, Ontario offers the greatest cost advantage for research and development in the G7, citing a cost advantage of 27.8% relative to the U.S. average.

Combined with federal R&D programs, Ontario’s R&D tax incentive program can reduce your after-tax cost of every $100 in R&D spending to between $37 and $61. 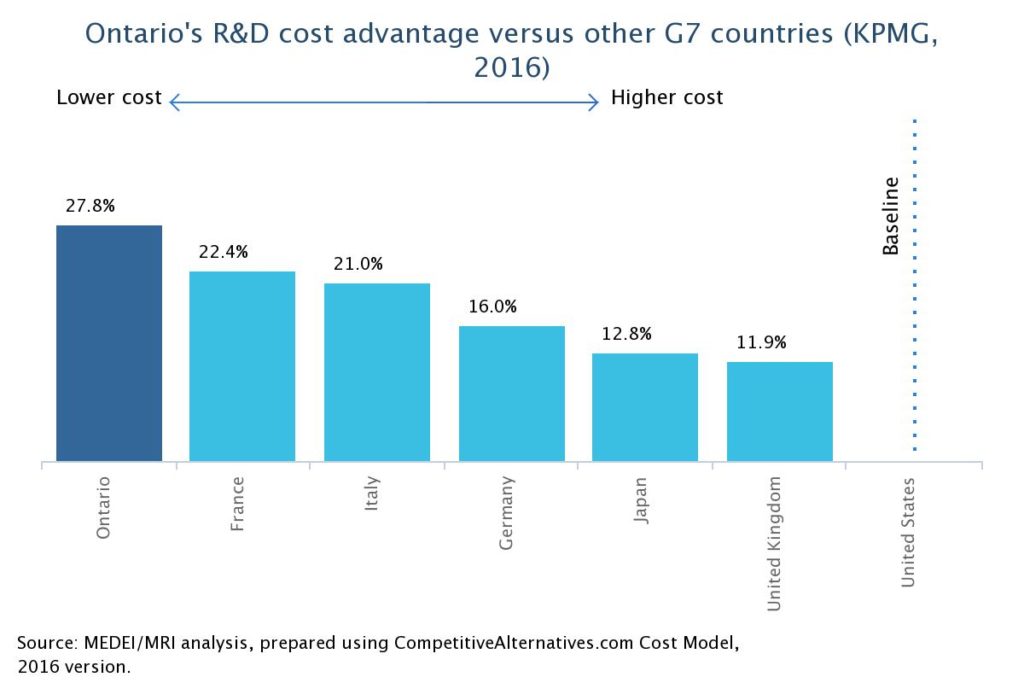 According to BMA Management Consulting Inc.’s 2014 Municipal Tax Study, Sarnia and Lambton Shores have favorable Industrial Tax rates relative to many municipalities in the Greater Toronto Area (GTA) and Southwestern Ontario.  In addition to favourable industrial tax rates, Sarnia’s tax rates also ranked below the survey average for Office Buildings ($2.04 / sqft versus an average of $3.02 / sqft) and for Industrial Vacant Land ($1,726 / acre versus $3,367 / acre average).

Our data section contains more information on tax rates for each of the municipalities in Lambton County.